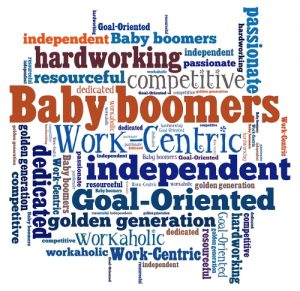 Why Are Baby Boomers Dying Prematurely?

I am a pioneer antiaging/age management physician.  I co-authored the best-selling book on the age management – The Life Extension Revolution: the New Science of Growing Older without Aging. I was the founder of the Los Gatos longevity Institute rebranded as California Age Management Institute. These credentials are well known.

I have been giving serious thought and reflection on an alarming dichotomy of generations. It appears that so many individuals who were born in the 20’s and came of age during the Great Depression and World War II are living well into their 90s. They are living forever. I have wondered what is it that promotes this longevity?  This even includes survivors of horrific POW and Concentration camps.

At first I thought these were all entertainers. Like the premature death of Jim Morrison, James Dean, Andy Kaufman, Marilyn Monroe, Jerry Garcia and Janis Joplin.  But I have also seen a number of my own medical school classmates pass well before their time.

So what is it about those who grew up and came of age during the Depression and World War II?

They lived a less stressful life. There were no microwaves, cell phones, television, DVDs, Internet, computers. Before there was traffic congestion with cosmopolitan smog and more recently invisible and lethal EMF smog. They ate sparsely. They ate healthy foods that were enriched in non-depleted soils. From “victory gardens.” They did not overeat because there were no fast food restaurants. Modified caloric restriction.  Food was expensive.

An interesting headline published by the WJ Schroer shows these descriptive categories.

Each one of these generations is characterized by an ethos and environmental factors. It must have an effect on aging and longevity. I often talk about life attitudes that can be characterized by decades.

20-year-olds are fearless and have no concept of limits. Evel Knievel dare devils , Olympic athletes and Army recruits. 30-year-olds have a glimmer of age limits but it is fleeting.

40-year-olds begin to sense time is beginning to take its toll and are the most motivated and dedicated to achieving optimal health and well being. 50-year-olds are more aware of non-infinite mortality. 60 year olds sense the quickening of the sands of time.

The Challenge for You

This dichotomy between Depression-era/WWII babies and Boomers needs more study and thought. It is today’s challenge to you. What do you want to do? We most definitely live in highly challenging times.

As Jerry Garcia said, “What a long strange trip it’s been.”

“It’s not the destination, it’s the journey”  – Ralph Waldo Emerson

Aging and Age-Related Conferences and Updates: 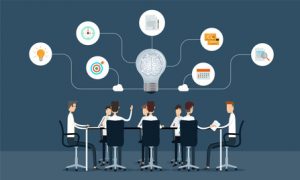 [We are indebted to John Furber for these timely and comprehensive updates on aging and anti-aging research, meetings and conferences]

The Patriarch of the Kennedy Dynasty has passed.   Whither now health care reform?  Why is this important?

For the last 40 years Edward Kennedy was the voice of the under-represented.  His lifetime goal was a more perfect and accessible health care system in the United States.   He worked tirelessly to achieve these goals.  We are told that he counseled Barack Obama in the early days, “I will support you openly under the condition that you make health care the centerpiece of your administration.”  Wise counsel.  But this may have been a strategically and untenable position.  Like the myth of Sisyphus, since the days of Franklin Roosevelt every president has aspired to a more perfect health care system.

END_OF_DOCUMENT_TOKEN_TO_BE_REPLACED

It has come to this.  This deadline will come and pass.  It will not be met.  What happened?

Strategically, to frame health care reform as the defining and pivotal achievement of this administration was a setup.  The new administration entered under a wave of jubilation and hope.  I shared these sentiments.

In 1964, Lyndon Johnson entered the office of the presidency with a mandate for change.  A mandate to finish what had been started in the three previous years under an inspiring but a feckless young president.  Johnson was the consummate politician.  He knew how to twist arms.  He knew the Senate intimately.  As so aptly put by Linton Weeks of NPR:

Obama came in with a new agenda.  This was to be the reincarnation of Martin Luther King or Mahatma Gandhi.  Leading by example.  Without rancor.  But Washington is a shark tank.