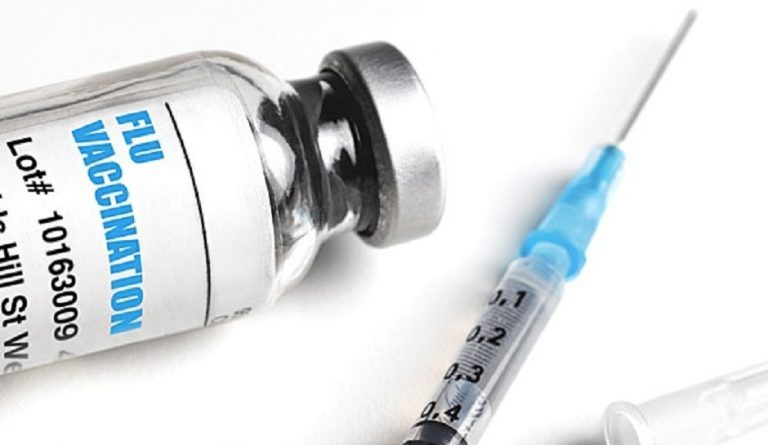 Flu vaccine may only be 10% effective this year?  That means 90% ineffective.  Tell me more.

I am asked frequently by my patients, “do you suggest or advocate the flu vaccine.”   My simple answer is no.  I do not recommend flu vaccines.   I am middle of road on vaccines.  Some vaccines are essential.  No argument.  Tetanus boosters, MMR for measles, mumps and rubella, polio vaccine.  In my day we all had smallpox vaccination.   That is now history. 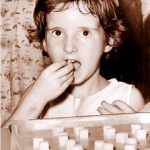 I can vividly remember lining up at my high school for the first series of oral polio vaccinations.  It was a new era.  Based on the original Jonas Salk vaccine and later refined as the Sabin Vaccine.   It was the Sabin vaccine that we all eagerly took on sugar cubes.  [many years later Larry Sabin, his son, was one medical school graduating class behind me]

Vaccine Effectiveness by Varies by Year 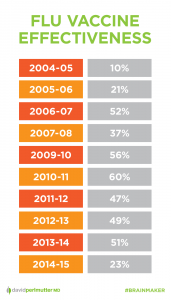 Major manufacturers of the vaccine only have 6-8 months lead times.  The current stock is always based on last year’s strain.   With the assumption that there are only minor changes.  The minor antigenic drift.  But it is never identical.  In the best of years, the vaccination is 40-60% effective.   Or contrariwise, 40-60% ineffective.

This year, CDC experts are admitting it will only be 10% effective.  90% ineffective or not worth the bother.

So I am greatly puzzled why all hospitals and large institutions mandate the flu vaccination.  “It’s better than nothing.”  10% effective is not “better than nothing.”   It gives rise to a false sense of security.  Staff and patients are protected.  No they are not.  This is where public safety and good epidemiological policy making collides with individual choice.

Here is a news story from 2004.   We have not seen significant change since then.

WASHINGTON – The influenza vaccine that many Americans clamored for this year was not very good at protecting people against influenza, colds and similar viruses, a preliminary report published Thursday shows.

The study is the first attempt to show whether the vaccine that many sought after a flu scare this autumn and winter actually worked.

The study of hospital workers in Colorado, a state that was hit early and hard by influenza, showed the vaccine had “no or low effectiveness against influenza-like illness,” the U.S. Centers for Disease Control and Prevention said in its report.

What’s more, this year’s flu shot may not be up to the task. It is the same formulation that was used during Australia’s most recent flu season — which typically sets a pattern for what the U.S. will face — and it was only 10 percent effective there.

…  But Sabeti says even though the effectiveness of this year’s vaccine is particularly low, it’s still worthwhile to get a flu shot.

“Even 10 percent effective is better than nothing, and a lot of it has to do with herd immunity — the more people are protected from it, the more other people will also be protected,” she said. “In fact, in a year where it’s low effectiveness, it’s even more important that everybody get it so we can get as much resistance and we don’t allow the virus to thrive and grow and keep changing.”   — CBS news

Searching for the Holy Grail — the Universal Vaccine

Researchers are avidly seeking the “universal vaccine.”  That is the Holy Grail.  An admission that the current crop of vaccines has been admittedly inadequate.

Recent efforts have focused on the development of a new generation of influenza vaccines that could provide broad spectrum, “universal” protection against a wider range of influenza variants including strains with pandemic potential. DNA vaccines possess a number of characteristics that make them particularly well suited for a universal influenza vaccine [3–6]. In the event of a pandemic threat, DNA vaccines offer an important advantage of accelerated vaccine development and production since the DNA vaccine sequences can be obtained directly from the clinical isolate and rapidly constructed and propagated using well-established molecular techniques without the need for cell culture or eggs. DNA vaccines induce both antibody and T cell responses, and both arms of immunity contribute to cross-protection against different influenza variants [7, 8].  — PLOS One

As recently as 1990’s the common wisdom offered was, “there is no treatment for the flu.”  That was not true.  And it always puzzled me.  It was quite well known even then that Symmetrel (Amantidine) used for Parkinson’s Disease was effective against the flu.   From empirical observations it was noted that Parkinson’s patients treated with Symmetrel were far less likely to suffer the seasonal influenza.   I began treating patients in walk-in clinics appropriately.

Today we have a new series of anti-viral flu treatments.  The most effective is oseltamivir (Tamiflu).   A second choice is zanamivir (Relenza).  These need to be started in the first 48 hours for maximal effectiveness.

The authoratative and erudite source The Medical Letter concludes:

A neuraminidase inhibitor, either oseltamivir (Tamiflu) or zanamivir (Relenza), remains the drug of choice for treatment of patients with influenza who are at high risk for complications of the disease, and for anyone hospitalized with presumed influenza. Oseltamivir is preferred for treatment of pregnant women. Otherwise healthy persons who are not in a high-risk group generally do not require antiviral prophylaxis or treatment for influenza

Which finally leads me to a more novel and less toxic approach that has been effective across a wide variety of viral and flu syndromes: 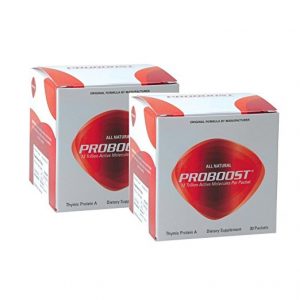 The products and claims made about specific products on or through this Site have not been evaluated by the United States Food and Drug Administration and are not approved to diagnose, treat, cure or prevent disease.